Our Past Grand Knights

We, The Knights of Columbus of St. Margaret Mary Council #15979, exist to promote and support Spiritual Enrichment, Fellowship, Parish Activities, Community Service and Material Well Being to the community.

While each member is individually active in our St Margaret Mary Parish, our Brothers join forces with one another, some 4,000 Brothers here in Archdiocese of Louisville KofC  Councils, and over 1.9 million other KofC Knights around the world, to help all our Parishes and larger communities in ways not possible acting alone. An Application is available from any member.

Membership in the Knights offers Catholic men an opportunity for fellowship with others of the same beliefs; who recognize the same duty to God, family and neighbor; and who stand side by side in defense of those beliefs. A variety of programs are offered to appeal to the individual interests and needs of members in their service to Church, country and their fellow man.​​​

STEPS TO BECOME A KNIGHT: 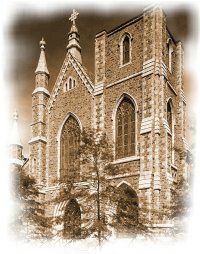 The Knights of Columbus is a Catholic lay fraternal organization, founded in New Haven CT in 1882 by the Venerable Father Michael J McGivney. The late 19th century was an industrial age, marked by poor working conditions and high mortality rates among workers. Catholic workers were especially prone to hardship due to widespread anti-Catholicism which often prevented them access to what support was available. Seeing this need, Fr McGivney chartered the Knights as a fraternal benefit society, which could provide for the financial, social and spiritual needs of its members, and most especially, for the widows and orphans of its members. ​

Since those humble beginnings, the order has grown from eleven members in one Council to 15,342 councils and 1.9 million members throughout the United States, Canada, the Philippines, Mexico, Poland, the Dominican Republic, Puerto Rico, Panama, the Bahamas, the Virgin Islands, Cuba, Guatemala, Guam, Saipan, Lithuania, Ukraine, South Korea, and France. The financial services of the order now exist as one of the highest rated life insurance programs in the world. Knights are active in almost all aspects of the Church, from charity work to relief missions to fundraising, as well as political activity in defense of life and religious freedom. Councils also provide an important social role in the Church, by providing Catholic men with a community of like minded individuals with whom they can grow in the faith.

Our charitable activities encompass an almost infinite variety of local, national and international projects. From international charitable partnerships with Special Olympics, the Global Wheelchair Mission and Habitat for Humanity to our own Food for Families and Coats for Kids projects and other local charities, the opportunity to work together with fellow Knights and their families is virtually endless.

We are answering Pope Francis’ call to go to the peripheries. We can reach half way around the globe to help those in need and we can reach to our neighbor next door. And we do that every day. That makes us witnesses to the faith.

One of the Knights of Columbus’ greatest endeavors during the past fraternal year was the assistance it brought to Christians facing persecution, especially those facing genocide in the Middle East.

In Iraq, Syria and neighboring countries, Christians and other religious minorities are facing extinction. Many receive no support from their governments or from the United Nations. They have had to rely on their fellow Christians and they have been able to rely on the Knights of Columbus. Since 2014, we have raised more than $11 million for Christian refugees. And that money has been a lifeline. Contributions received by the Knights helped fund the following:
- In Erbil, Iraq, $800,000 dollars to supply food for 13,500 families.
- Medical clinics and long-term infrastructure projects, including 120 apartments to provide permanent housing.
- Support to all the Syriac Catholic priests exiled from Mosul after it fell to ISIS in 2014.
- Catechetical classes for Syriac and Chaldean Catholics.
- In Syria, assistance to the besieged Christians of Aleppo.
- In Jordan, with Catholic Relief Services, support for educational initiatives for refugees.
- In Lebanon, support for a variety of programs.

KofC Membership offers the opportunity for fellowship with those who are of the same belief, who recognize the same duty to God, to family and to neighbor and who stand side by side in defense of those beliefs. Various programs are offered to appeal to the individual interests and needs of the members. Through many activities, members are enabled to serve their Church, their country and their fellow man. Through membership, they develop a consciousness of their ability to lead and to assist. The Knights of Columbus is founded on four key principles - Charity, Unity, Fraternity, and Patriotism. These principles inform the activities that we undertake as an order, just as they influence and shape the lives we lead as Catholic gentlemen. We all have different talents, different interests, and different callings in the Church; but as Knights, it is through our foundational principles that we are bound together in that one common purpose which is the work of the Church on earth. 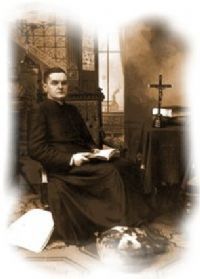 We, the men of Saint Margaret Mary Council, in fellowship with our Brother Knights, our parish, families and nation; value our Catholic faith, the sanctity of human life, the promotion of strong family life, acceptance of and respect for others, and compassion for those in need. We seek justice in our parish, community and nation, especially for the unborn, those with disabilities, and people living with infirmities who cannot protect themselves. We pledge to help those we can. We strive to honor these values in the name of our Lord, Jesus Christ. 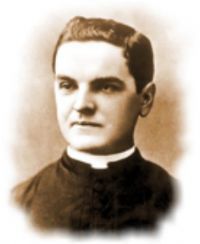 If you’re interested in helping those in need, serving your parish, growing in your faith or having exclusive access to top-rated insurance protection for your family, then the Knights of Columbus is the organization for you.

Becoming a Knight of Columbus can transform your life. As a Knight, you have the opportunity to support your parish, give back to your community, grow in your faith and gain exclusive access to our top-rated insurance program to protect your family.

Being a Knight helps us be better Catholics.  Our modern secular society is often not very religion-friendly.  The pressure to give your faith short shrift can be very strong.  As Knights, we rely on one another to help keep our faith strong, and to establish meaningful ties with our bishops and priests.  Our founder was a Catholic priest, Father Michael J. McGivney, who instilled in us a deep devotion to Christ and his church.

Being a Knight helps us be better husbands and fathers.  When your children see the work that you do to help those in need and the effort you devote to supporting your local Catholic Church, they will be learning a valuable and lasting lesson.   Children learn from the example that you set much more than from anything that you say.  We've got a special website to provide encouragement in your role as a parent called Fathers for Good.

Being a Knight gives us an opportunity to help those in need in very special ways. Our support for programs for people with intellectual disabilities including Special Olympics is sizeable and getting bigger every year.

Being a Knight means working to build a Culture of Life.  Over the last several years, we've partnered with the Supreme Council to purchase ultrasound machines that are now saving lives at pregnancy resource centers, and we're planning to add several more.

Being a Knight brings with it the opportunity for friendship and fraternity with a whole new family of like-minded brother Knights who share your faith, your values and your aspirations for living a life that's worthy of a follower of Christ.  We work hard to make a difference in our families, parishes and communities.

These are just some of the reasons to become a Knight.  We are a band of brothers, a network of men in communities around the world dedicated to doing good in the service of God and our neighbor.  If that sounds like an organization that you'd find worth exploring, we'd love to have you join us for the experience of a lifetime.  The Knight who told you about this Web Page is also ready to help you take the next step.   Or you can contact any Officer, or our St Margaret Mary Council Membership Chairman.

From the very early days of the Order there were calls to create some sort of recognition for senior members, and a special plea was made at the National Meeting of 1899. As early as 1886 Supreme Knight James T. Mullen had proposed a patriotic degree with its own symbolic dress. The Grand Cross of the Knights of Columbus was established, but the only recipient was Cristobal Colón y de La Cerda, Duke of Veragua and descendant of Columbus, when he visited the US in 1893.

About 1,400 members attended the first exemplification of the Fourth Degree at the Lenox Lyceum in New York on February 22, 1900, and it was infused with Catholic and patriotic symbols and imagery that "celebrated American Catholic heritage." The new Fourth Degree members then went back to their councils and formed assemblies composed of members from several councils. Those assemblies then chose the new members going forward.

In 1903 the Board of Directors officially approved a new degree exemplifying patriotism Order-wide, using the New York City model.